Health Education Yorkshire and The Humber is one of the 13 LETBs established by Health Education England in 2012/13 to monitor quality and training of students and trainees in NHS England. A part of this process requires a Dean’s Report to be submitted to the GMC twice a year as a spreadsheet recording concerns, recommended actions and progress along with examples of good practice.  Each submission typically took one person, a month or more to collate the information from various sources.

Information about concerns and good practice was collected during visits to NHS trusts in the area covered by HEYH and stored in a number of disparate spreadsheets. In addition, the trusts were required to provide feedback on their progress in addressing actions through spreadsheets which had been partially pre-completed by the HEYH QM team.  In short, this was a clear case of ‘spreadsheet hell’ and it was felt that there must be a better way of doing this.

HEYH contacted Illuminaries in December 2013 to ask for assistance in designing a database which would allow data for the Dean’s Report to be collected and collated in a more efficient way and to explore the possibility of automatically generating the spreadsheets for the progress update requests to send to the trusts and the Dean’s Report. 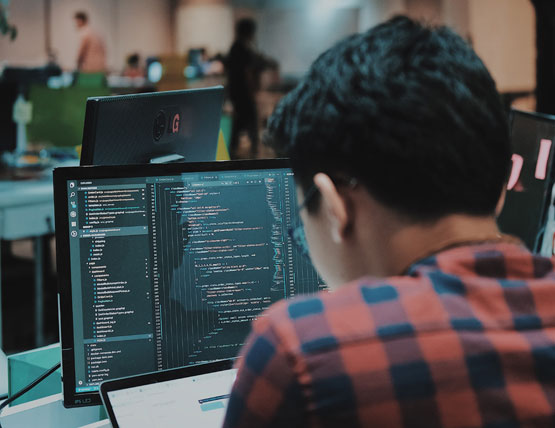 It took a couple of intense requirements capture sessions to unpack both the processes and the meanings of the columns in the various spreadsheets. By late January we had agreed a design specification and data model for a web based system, to be hosted by Illuminaries.  This would be used by both the HEYH Quality Team to manage visits, concerns, progress updates and good practice and by the trusts to feed back progress.  This latter function cut out a level of spreadsheet generation and re-upload by allowing the trusts to provide their feedback directly into the database.  HEYH initially had some concerns that this might have been a ‘step too far’ for the trusts but when the idea was  presented to a few of them at a meeting in February, it received an enthusiastic response from everyone.

Introduction of the online feedback system for trusts, which was initially piloted at four sites, resulted in some refinements to HEYH processes and requests from trusts that they have increased visibility of some of the information held about them in the database.  Working closely with HEYH through September and with a couple of iterations, we achieved a solution which everyone was pleased with.

In October 2014, the first Dean’s Report generated entirely from the database was submitted to GMC.

The QM system has since been extended to manage Exception Reports.  HEYH has since commissioned Illuminaries to develop a separate online system to help manage the process of GP trainer approval and this is currently being piloted in South Yorkshire

Let’s talk about your
IT requirements